Ask us about our Fall Promos!

In July 2012, the assets of Designs By Garry, Inc. (DBG) were purchased by the RH Peterson CO (RHP). RHP immediately moved the operation into its City of Industry, CA, facility and kept all but one of the employees. Garry and Michele Lieser, the owners and founders of DBG, came to work for RHP to provide their expertise of creativity to the AFD products. This small company had been making beautiful outdoor fireplaces, firetables, fire pits, fire urns, firefalls, and barbeque enclosures (islands) for over 25 years. Upon joining us, DBG united with RHP’s Outdoor Campfyre division to form American Fyre Designs, (AFD).

Basically, there were two (2) secrets to their success:

Garry Lieser is a terrific addition to the RH Peterson family. He has led an adventurous and fascinating life.

Upon his marriage to the incredible, beautiful, and intelligent Michele, they began their life together living in a teepee for six months in the Sierra Nevada Mountains near Lake Tahoe, CA. Garry then spent time riding around the country on a motorcycle, and they both traveled the country in a camp trailer. When he needed money, he became a restaurant chef, a home-builder in Oregon, then a commercial fisherman in the Pacific Northwest. He took a boat to Hawaii where his crew fished for deep-water shrimp off Maui, Hawaii. He became a ship’s Captain on the high seas; through the Panama Canal, he was chased by Columbian Police boats and by pirates in the Pacific.

Settling in Orange County about 30 years ago, he became a furniture designer and Designs By Garry was started. In his design and manufacturing, he used an innovative material – Glass Fiber Reinforced Concrete. Garry’s entrepreneurial spirit, design excellence, and wonderful disposition make him the perfect person to challenge and excite all of us at the RH Peterson Co!

If your outdoor furniture is looking dull or just showing its age, the easiest fix is to apply our Patio Furniture Cleaner and Protectant. At Hauser’s Patio, we use proprietary products that both clean and protect your investment. 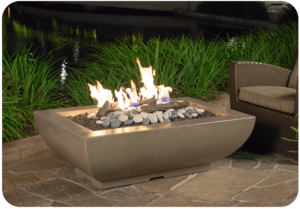 This is the last installment of our guide on finding the perfect fire pit. If you haven’t yet read our previous articles, please refer to… Continue Reading. 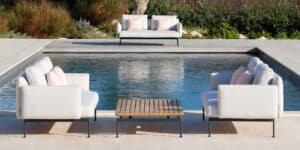 Midcentury Modern for Your Backyard Oasis

There is one style that is a perennial favorite amongst designers and particularly those here in southern California and that is midcentury modern. Its clean… Continue Reading. 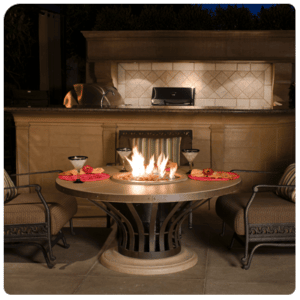 Fire pits are a very popular outdoor item in the San Diego area, so it just makes sense that you want to shop wisely when… Continue Reading. 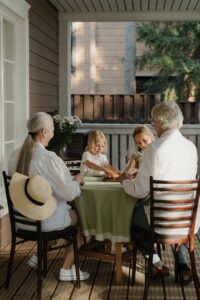 As many of us spent more time at home in the past year, home improvement was the name of the game. Perhaps you took on… Continue Reading. 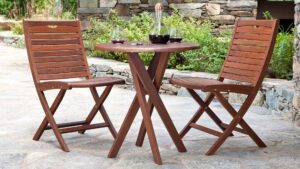 Not all of us are blessed with a large outdoor living area. Some of us have compressed spaces in which to enjoy the outdoors –… Continue Reading. 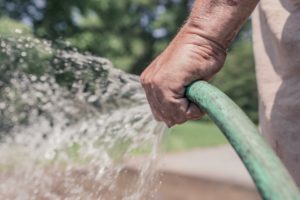 As the weather warms up and we once again look forward to the change of seasons, why not start your spring cleaning outdoors? Taking the… Continue Reading.